Go4hosting’s Cheap  Linux cloud framework is fundamentally build on the principles of shared storage and processing, developed by interconnecting multiple web servers through a complex and expanded network, with a view to provide required computing capabilities.

Our Linux cloud hosting, commonly referred to as Shared hosting, is compatible with MySQL and PHP, and supports websites based on WordPress, Python, Perl, Zen Cart, and phpBB to help you continue leveraging cloud for your business. Flexibility & Scalability offer on-demand scalability to accommodate fluctuating needs of businesses, so no matter what, you can scale resources up and down to continue realizing on your business goals.

Easily schedule your backup plan with Go4hosting and automate creation of backup and restore points. The automated backups can be scheduled to weekly, monthly or even daily basis.

Cloud APIs such as – SaaS, PaaS or IaaS are very powerful through which functionality of web control panel can be accessed quite efficiently.

Cloud environment ensures optimum availability, since failure of any of the virtual server instances doesn’t impact the continuity of website.

This wonderful feature of Cloud leverages you to manage resources. You can also monitor and allocate additional resources effortlessly.

Features You Get From Our Linux Cloud Servers Hosting 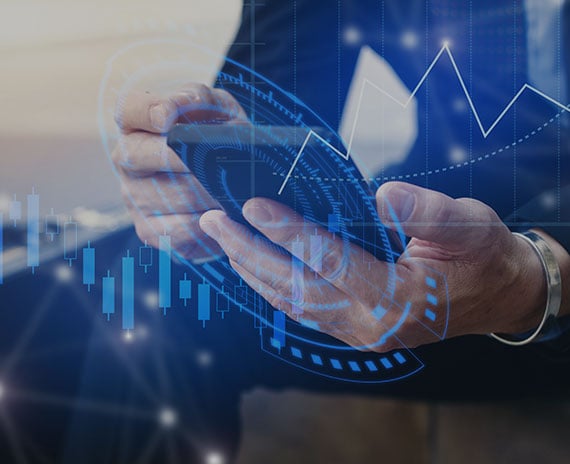 Cloud is the most advanced and popular computing technology based on virtual servers pulling allocated resources from expanded network of physical servers. Scalability is the greatest feature it can offer, depending on the needs of the business. This hosting framework is fundamentally build on the principles of shared storage and processing. In other words, Cloud computing environment is developed by interconnecting multiple web servers through a complex and expanded network, with a view to provide required computing capabilities. Cheap Linux cloud hosting is said to be one of the most suited for businesses which get a lot of internet traffic or enterprises who have a wide range of online customers.

In fact, Windows is the most popular operating system worldwide considering PCs or Laptops, but in hosting industry Linux is the hottest with majority of businesses rely on this hosting framework. Linux cloud hosting is also commonly referred to as Shared hosting, and is compatible with MySQL and PHP. It supports websites based on WordPress, Python, Perl,, Zen Cart, and phpBB scripting language.

The underlying fact of the Cheap Linux Cloud Server hosting is that it’s most cost-efficient and open-source with same level of proficiency.

Go4hosting is a pioneer in Cloud computing. Clients across the domain trust us for storing their business sensitive data, and hosting their websites for one obvious reason that we have most advanced, best-in-class data center infrastructure. Our reputation is justified not that we have several awards under our belt, but because we value our customers with great business ethics. With cutting-edge technology, we thrive to serve our customers the way that would greatly boost their business throughput.

Headquartered in Noida, and with offices spanning 15 cities in India and some more in the US and UK, we are now almost two decades old. Our finely-tweaked data centers offer a range of services from Shared hosting to VPS, from Cheap Dedicated Server hosting to Cheap Cloud Server hosting to Colocation. Our cheap Linux Cloud Server hosting plans come with a suite of features that help businesses to grow optimum scalability, and to manage themselves in the most efficient manner.

Now, approach blogging or website ownership in a more professional way. So if you are looking for cheap Linux cloud hosting, check our packages precisely designed keeping in mind all your additional requirements.

Finally made your mind to move on a Linux Cloud Server? Great! You’re absolutely at the right place.
Please call us at 1-888-288-3570 (toll-free) to know which of our Linux Cloud Server hosting plan can be most suitable for your business.

How can I run Linux Cloud server on Windows OS?

Affordable Linux cloud server simply means the server you have bought from your provider has been installed with Linux OS. Some providers may also provide with online web panel from where you can directly manage your cloud server, regardless of the operating system you are accessing it from.

However, you cannot have two OS installed in one cloud account unless you have a virtual machine configured into it. So, you can easily access Linux Cloud server from a computer running Windows OS and vice versa. The functionality of your cloud is associated with its own OS and not the operating system of the host accessing it.

What are the various Linux operating systems available for cloud server?

Linux itself has more than 500 distros or versions of it running at present. We can install distro that you prefer and that is publicly available.

Some of the most prominent distros that we’ve installed include

Ubuntu – based on debian, Ubuntu is without doubt the least unheard Linux Distro available in the market. It is free and has a big community at its disposal. Ubuntu is perhaps the only Linux OS that has so heavily focused on improving GUI to Windows’ standards.

(Bigger the community easier it is to get support)

RHEL – RHEL or Red Hat Enterprise Linux evolved from RedHat. It is the most highly adopted commercial Linux. It has a big community too but because the distro is paid it comes with Redhat own support.

CentOS – it is based on Red Hat’s source code and so shares a lot of similarities with RHEL.

CentOS was developed to provide a free alternative to RHEL.

Fedora – Fedora has the reputation of evolving early and working with upstream Linux communities. It is also the upstream source of RHEL.

Apart from the distros mentioned here, there are other equally popular distributions such as ClearOS, Debian, Arch Linux, OpenSUSE, etc.

What is the difference between a cloud and a server?

Put in layman terms, a server is the physical storage disk with computational capability of its own. The server is then connected to the internet and relays the files in it to computers on the network.

Cloud on the other hand is a newly developed concept based on Virtualization. The aim underlying Cloud is to divide existing resource into multiple segments. Each segment then continues to serve as a separate server. The resource for virtualization comes from a pool of servers combined and collected to act like a single giant server.

Yes. Cheap Cloud servers are extremely safe. Cloud providers are made to follow strict compliances and thus make sure the server security is dealt with utmost seriousness.

Besides, there are a number of other tools – such as Firewall – that monitor incoming and outgoing traffic and reduce the risk of attack. Further, all cloud servers grant request based access to the database. Means, every time somebody tries to access his files, the request is met with scrutiny. It is only after the genuineness of such requests is established that the files are allowed to be downloaded.

Can I use the same cloud for hosting as well as storage?