How to Get Free SSL Certificate? 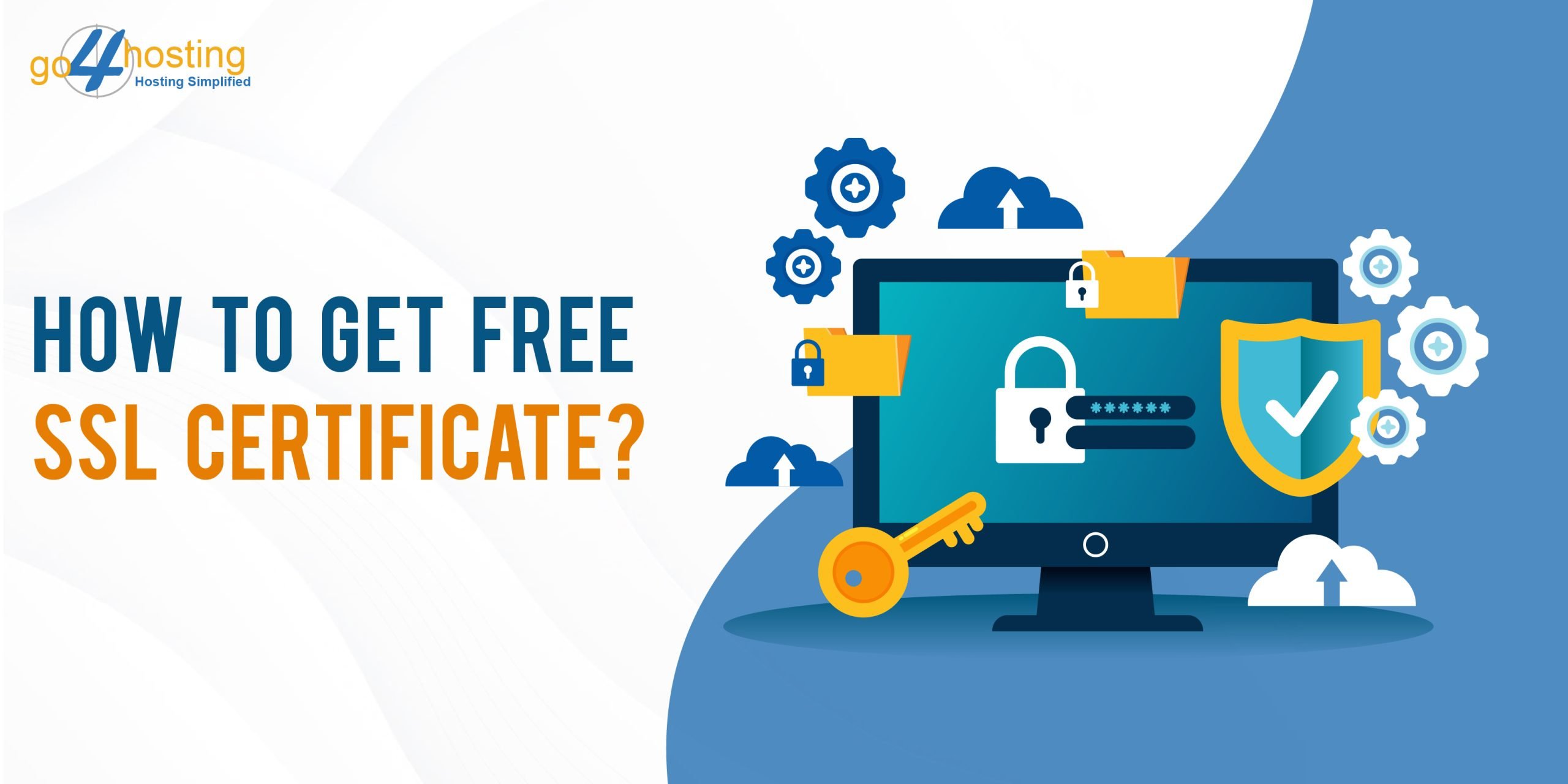 How to Get Free SSL Certificate

SSL – From the Scratch

When the whole website thing started, not much attention was paid to the security. The hackers were either not proficient enough or had no idea that cyber crimes could one day be more profitable than bank robbery. Whatever could have been the case, cyber crimes were not as much trouble as they are now. So, the early developers made some protocols on how websites will send and receive data to the end user. Though, this transmission was still very secure, it was not unbreakable. With what is now perceived, any computer professional with even little idea of how transmissions worked could break into it. The protocols were then combined and abbreviated as HTTP – HyperText Transfer Protocol.

For many years HTTP worked all fine. The internet had become second most sought-after place for shopping. The threats were almost non-existent. It was the era of bank robbery instead. The internet was not lucrative enough (yet) to overthrow drug trafficking as the most profitable crime in the history of mankind.

Meanwhile, on the internet, things worked pretty smooth. Shoppers would log in, add items to their cart, filled card details and waited excitedly for their shipments to arrive. As eCommerce and internet transactions became more and more mainstream, hackers realised they had been undermining the potential of the internet as a platform for crime.

Over the coming years, computers became an integral part of our lives. The world was manufacturing more desktops in a year than it had so far manufactured. Companies like IBM, HP, and Lenovo quickly became epithets of computing. Government agencies started moving online and organizations underwent digitalization in crazy pace. Desktops became more affordable than ever. On an average, every 8 out of 10 school-going children had computers sitting in their homes. Everything was well within the reach. But it was not just us who has access to computers. The next few years, internet developed even more; it was now out of its embryonic phase and into adolescence.

At the same time students were learning to work on Microsoft Office, someone self-taught himself how to break into networks.

Internet crimes grew exponentially to a limit that it was viewed as a risky business. Luckily, the silver lining did come early with the deployment of several additional protocols that made HTTP even more secure – and came to be known as HTTPS.

The lock that you see preceding a web address is a sign that transmission to and from the site is secure. Not that the HTTPS is unbreakable but it had hackers have a difficult time parsing data packets away from its destination. Though cyber crimes continued to exist, they were now less likely to happen.

SSL certificates really became the thing. Customers only bought from websites that had the padlock symbol and abandoned unsecured sites immediately.

The number of websites featuring SSL certificates noticed a sudden spike and quickly became Unique Selling Proposition for some. Free SSL certificate became the most searched term in search engines. The later sections of this blog feature an entire tutorial on how to get free SSL certificate.

Take the above photo for reference. The Client is the browser accessing the web address and the Server the source from where the data is fetched to the client. HTTP connection transmits the information in pretty much the same form it is present in the server. Technically, it is extremely difficult – though not impossible – to break into the server and request files to a remote location. The files are most vulnerable when in transit as they are then open to all sorts of attack from the internet. It is at this point that all the notorious things take place. Data packets can be fooled into a wrong path and finally into a different computer or can be read right when the transmission is underway.

HTTPS – S stands for ‘Secure’ – only adds an extra layer of security by encrypting files that are transmitted across the network. Passwords and essential details like credit card data are sent in similar fashion.

Related Topic:  Reasons Why Businesses Can Benefit from a Dedicated IP Address and Private SSL Certificate

Encryption makes the data being transferred unreadable. It does so by modifying files from its original state and turning them into a set of random characters. Thus, the statement “How to get an SSL certificate?” could probably look like –

The file gets decrypted into its readable form only after it has reached its destination i.e. only the source and the destination have access to the algorithm required to decrypt the data. Even if an attacker misleads data packets to his computer, the files would never render into their readable form.

How to get Free SSL Certificate – An Easy Guide

In this guide we will procure an SSL certificate from Cloud

How to get SSL – Eligibility

You are not bound to run into issues regarding eligibility unless you are illegitimately running a domain. Most hosting services now come integrated with SSL certifications. Go4hosting provides free SSL certificate 1 year plan complimentary with its dedicated hosting, so make sure to give it a try too.

Not all hosts will support SSL certificates in their dedicated servers. Speak to your hosting provider if you are allowed to have SSL certification on your website.

Take a note, the below figure denotes how SSL will get displayed once your installation is successfully completed.

You can choose from the list of plans Go4hosting has to offer.

We will be configuring SSL to our WordPress through Cloudfare.

Step 2: Purchase the plan that you believe best suits your requirement. Or, log on to the Cloudfare.

Signing up is easy, you only need an email address and a strong password on your mind. Type in your details and click “Create Account”, as shown in the screen below.

Type in you domain name and click Add Site.

It now takes you to select plan screen. Since we came here looking for free SSL certificate WordPress, select the free plan. The rest of the steps will remain the same regardless of which plan you choose.

What pops next will be a screen that looks like –

We have masked our nameservers for obvious security reasons. Copy your nameservers but do no close the tab, we will get back to Cloudfare for final tweaks.

Step 5: Add these nameservers to your domain

The only way to do this is to login to your domain provider’s website.

Related Topic:  Reasons Why Businesses Can Benefit from a Dedicated IP Address and Private SSL Certificate

If you are not sure who your domain provider is, click “I need help changing my nameservers”.

The website will run a quick search and display your provider. In our case it was Go4hosting itself.

We have signed in to our account and below are the snapshot of the same.

Remember, we have to change our nameservers. The only place this can be done is through the admin panel provided by the domain host.

Click DNS and in the next screen click “change” that pops next to your name server. Note that different domain providers can have these settings arranged differently but the methodology shall remain more or less the same.

Proceed to adding your nameservers. We have included a screenshot below to help you. Do not forget to save after you have copied both the nameservers.

You are reading – how to install SSL certificate

You are now a step closer to having your website SSL certified. Login to your WordPress account and go to Plugin.

Our aim here is to search for Cloudfare SSL plugin and configure it on WordPress.

Search “Cloudfare Flexible SSL” in the search box. The plugin will be displayed after a quick search.

Click on “Install Now” button to install the plugin.

After installation, you will notice the “install now” button has changed to “activate”

Remember we told you to not close Cloudfare, it is about time we got back to it.

This is where we last left.

How to get SSL – Conclusion

SSL is only a way of reinforcing security of your website. While SSL can make your site more secure, it cannot guarantee ultimate protection. In the end, it bows down to how secure your network connection is.

One good example is Baidu, a china-based multinational company specializing in Artificial Intelligence and internet-related service. Baidu’s website has no SSL despite being among the top 10 sites in the world*.

Note – as per the data when the blog was originally written.

We hope you are now clear with how to get free certificate for website. If you have any queries you can reach out to Go4hosting’s support. We have been providing world class services and products in the IT-industry, including SSL certificates.