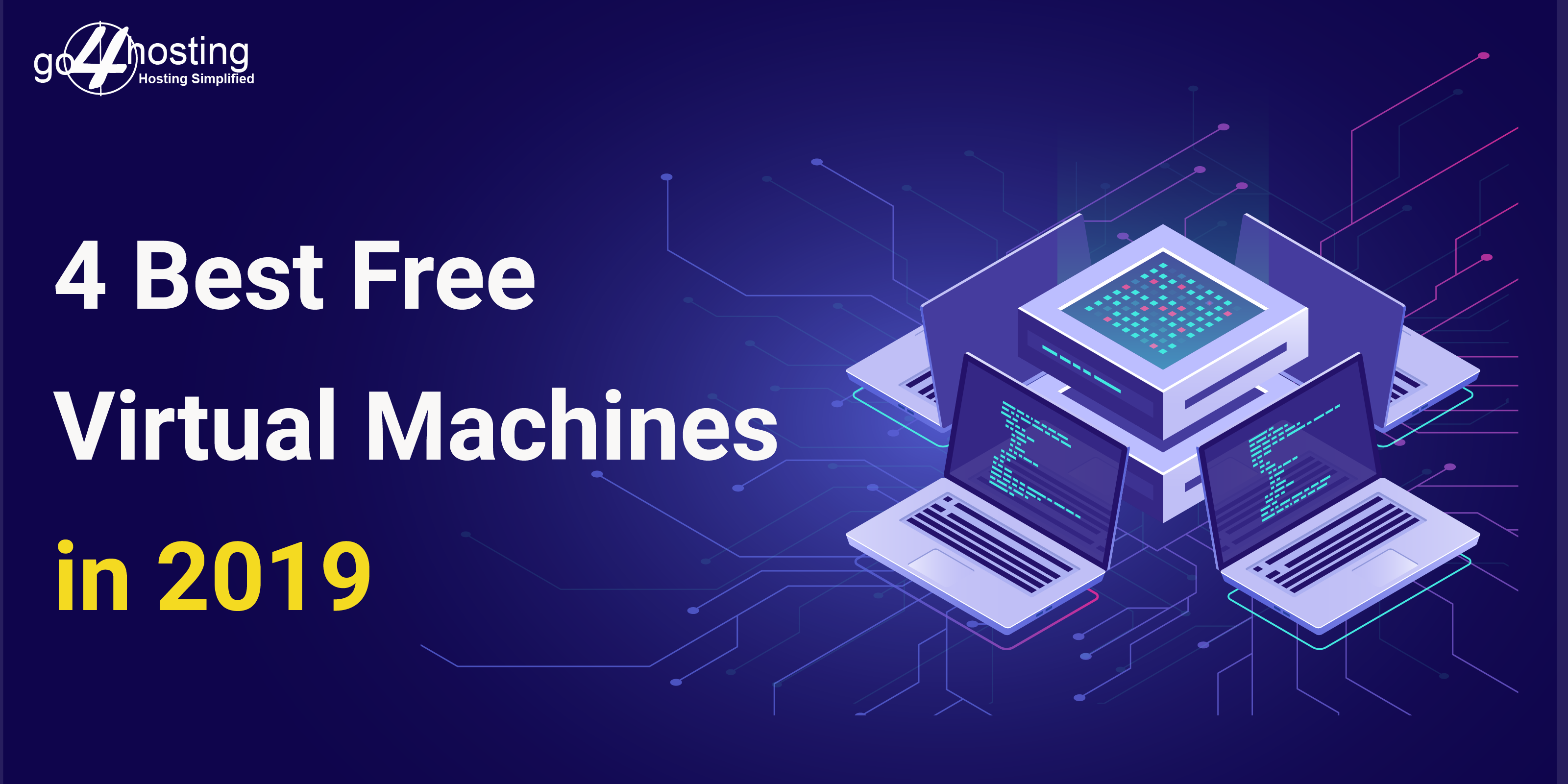 Virtualization is an immensely useful capability for developers. It offers an appropriate environment to test new operating systems, try new applications, and clone a system. With the help of free virtual machines, IT programmers can enhance platform compatibility and lessen the workload.

What is a Virtual Machine?

The virtual machine installed on a computer is called the host whereas the physical machine is referred to as the guest. Every virtual machine is a complete machine in itself with its own virtual CPU, memory, hard drives and other resources. It is possible to run several virtual machines simultaneously on a single computer. With a free VM at your disposal, the need for physical hardware and all the associated maintenance costs is eliminated.

Let us have a glance at the best free virtual machines that you can try in 2019:

Appropriate for beginners, VirtualBox is an open-source virtual machine application from Oracle. It can be used for work as well as for home computers. The hypervisor was released in 2007 and became popular on account of its compatibility with multiple operating systems. You can use VirtualBox with all the versions of Windows starting from Windows XP. As far as Linux is concerned, 2.4 and above versions are compatible.

The hypervisor offers numerous benefits. With VirtualBox, it is easy to transfer a virtual machine from one host to the other. You can run several guest windows in the same host machine.

VirtualBox offers a seamless mode that allows you to run Windows and Mac OS simultaneously. VirtualBox also allows the transfer of files between the guest and the host irrespective of their OS. VirtualBox supports 3D virtualization, videos and USB devices.

To let you run VirtualBox without hassle, Oracle offers a plethora of information and tutorials on its website. There are several how-to guides to help you through all the stages right from installing the machine to running applications. Plus, you can join a large and active community of developers to remain abreast of the latest software updates.

Launched by Microsoft in 2008, the original product has evolved into different versions. Over the past ten years, Hyper-V has added features for cloud back-up, multi-tenancy, nested virtualization and virtual machine generation. Hyper-V is popular among new developers on account of its ease of use and smooth learning curve.

Compatible with many servers, Hyper-V works best with Windows. It can be installed within a Windows server or as a standalone unit.

Hyper-V is versatile and can execute tasks ranging from live migration to import of VMs from VMware. With Hyper-V, you can clone several versions of the virtual machine for future use. Hyper-V comes with a virtual switch that allows you to connect your machine to virtual networks and physical networks alternately. The switch also helps you track employee resource to ensure optimum allocation of resources.

Parallels Desktop is appropriate for those who have just been introduced to the world of virtual machines. With Parallels, you can easily run Windows, Android and Linux on Mac without requiring to restart the machine.

Parallels Desktop can be installed in a click. Those with little knowledge about VM Hosting can also use it. Its ‘one-click tuning’ feature lets you optimize your environment for productivity, games, design, or software development depending on your requirement.

Parallels Desktop has a coherent mode that allows you to use Windows and Mac OS simultaneously. You can easily drag-and-drop files between these two operating systems. Besides, there is a tool that allows 3D graphics and makes for better user experience.

Parallels have its drawbacks as well. Removing a virtual machine through Parallels Desktop may seem difficult for a newbie as there are plenty of remove buttons that may end up confusing the user. If the user needs more RAM or CPU, he will have to pay an upgrade to the Pro version.

VMWare is the market leader in virtual machine space. Its leading products VMWare Fusion (Mac OS) and VMware Workstation (Windows, Linux) have the same features and ease of use. They differ only in their configurations that are suited to meet the needs of the OS they are created for.

VMWare boasts of numerous advanced features that make it popular among IT programmers. Its snapshot system allows you to create multiple instances of a virtual machine and set rollback points during testing a software. This way, even if something goes wrong, you can return to a previous version.

Workstation Player lets you access vSphere, the free cloud server for VMware. VMWare also allows you to host over 200 guests and share data between them and the host seamlessly.

VMware Workstation Player comes with a free basic version. The free version, however, offers limited features. In the free version, cloning and snapshot are difficult to use at a decent speed. To access the upgraded version, users need to pay the license fee. So, if you are looking for an enterprise-grade hypervisor, the Pro version would hand down be a better choice.

Why to consider a virtual machine?

There has been a recent observation that the best free virtual machine has become the driving essence of so many current IT running systems. The best part is that you can run multiple applications at a time without any overhead.

Related Topic:  Virtual Machines: Everything you need to Know

When the company server thinks of expanding only the best free VM software can promise to deliver simulated hardware with ultimate flexibility. Organizations mostly lookout for operational flexibilities that are easily promised by the best free virtual machine for Windows. The multi-systems used are completely separate from each other. This adds to the security factor and is the real beauty of the best free VMS.

They make your business a smart one and help you in planning way before in advance. As VM tools are more scalable, hence keep you ahead in the competition. The best free virtual server provides you with a solid disaster recovery plan to keep your files safe during testing times. There is no risk of data loss once your application is within the environment of the best free virtual machine software.

The free virtual machine applications discussed above might have helped you understand how virtualization can help IT programmers run complex tasks with a single physical system. Easy to learn, virtual machine applications are ideal for beginners. Depending on the hardware you are using, you can opt for a free VM software compatible with your system.