What to Choose – Linux or Windows Server 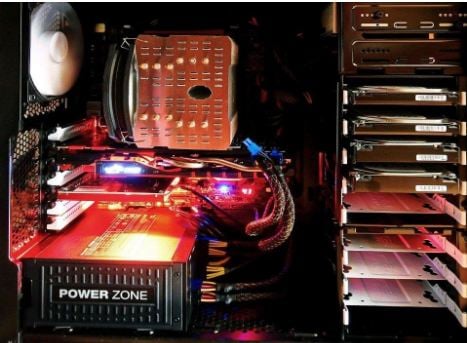 It is perfectly alright to be faced with a dilemma of choosing between the two amazing operating systems while hosting websites.

There is lot of difference between Windows and Linux operating systems in terms of compatibility of applications, database formats, pricing, and security. These features can influence the final choice of operating system for web hosting. Common features of both these operating systems include a fast and easy FTP server and their user friendliness with some of the most popular types of files including Java Script and HTML.

Websites with a dynamic content and can be supported by Linux as well as Windows operating systems with help of CGI tool. It is the most popular tool for working with wide range of ecommerce solutions such as Shopping Carts. Although MySQL is considered to be have a Linux format, the same can also be processed by a server running on Windows operating system.

Microsoft Windows is designed to be seamlessly compatible with variety of applications designed by Microsoft. With Windows OS, one can easily use ASP generated as well as database generated pages and also some forms of FrontPage and the same is not applicable to Linux Os since the use is only restricted to FrontPage. Execution of conception frameworks is extremely easy with help of Windows operating system.

If you are planning to install exclusive Windows based applications, then it would be better to go for Windows operating system for web hosting. Some of the applications including Microsoft SQL database access, ASP.NET, or Active Server Pages can be seamlessly used with Windows server hosting.

Related Topic:  Linux or windows server - what to choose?

Webmasters can design database websites that run on Microsoft Access and Microsoft SQL, by using ASP. Web developers can rely on seamless support of Microsoft in terms of programming ecosystems including BB Scripts and MS Index.

Although, ASP.NET uses different types of database and also relies on different request processing schemes. It has multiple similarities with PHP and HTML. There is not enough data to support the belief that in order to work faster with big databases one should prefer ASP.NET.

Linux was designed originally to support PHP as well as MySQL. It is a well established fact that PHP and MySQL work better if used in combination. Although Windows operating system is able to support both of them individually, the combination works much better in Linux environment.

Linux operating system is exclusively designed and tailored to work with PHP and MySQL combination. It is worth noting that PHP is also compatible with many formats of databases such as Postgre SQL and Oracle, just to name a few.

Coming back to the economy advantages of Linux, it should be understood that several distributions of Linux are available free of cost. If you need higher Linux versions such as Red Hat, then you will have to spend a little. However as a general rule, Linux operating systems are significantly more affordable than Windows operating systems.

Related Topic:  Linux or windows server - what to choose?

Linux is backed by unwavering support of the community and is a highly flexible and stable operating system. Linux operating system offers remarkable support for scripting due to default support for Python, Perl, and enables ease of identification and fixing of issues for enhanced data protection and security.