Virtual Machines: Everything you need to Know 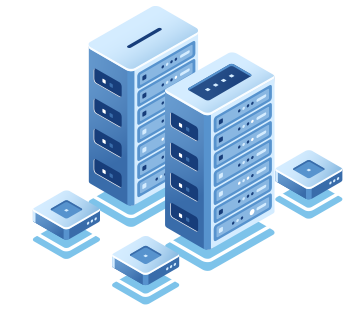 The concept of a virtual machine was introduced in the 1960s when IBM created the first time-sharing operating system CP-40. Since then, virtual machines have undergone tremendous improvement and burgeoned in both popularity and usage. If you still have no idea what virtual machines are, this guide will help you through.

What is a Virtual Machine?

A virtual machine, abbreviated as VM, is the virtual representation of a physical computer. It is a virtualized environment that behaves like a separate computer with virtual hardware devices. It runs as a process in a window on your operating system. A virtual machine is called the guest whereas the physical machine on which it runs is called the host.

A VM needs a software called hypervisor that coordinates between it and the underlying physical hardware. A hypervisor serves many functions; it not only keeps the virtual machines separate from each other but also allocates computing resources (CPU, RAM and storage) to each machine.

The hypervisor allows the physical computer to separate its operating system and applications from its hardware, which can then divide itself into many independent virtual machines. These hypervisors can be of two types: Type 1 and Type 2.

Type 1 Hypervisor: Also called as a bare-metal hypervisor, this type of hypervisor runs directly on the hardware of the host computer. Here, there is no operating system or any other software layer between the hypervisor and the host hardware. So, in this case, we have:

Hypervisor installed on the Hardware

Type 2 Hypervisor: Also called as hosted hypervisors, these run on the operating systems of the host computer. They are hosted on the guest OS and run as another software layer to enable virtualization. So, in this case, we have:

OS Installed on the Server Hardware

Hypervisor installed on the OS

Type 2 hypervisors are typically used where there are a small number of servers. They do not need a separate management console to create and manage virtual machine instances. These operations can be done on the server that hosts the hypervisor. The hypervisor behaves as an application running on the host system.

How can I set up a Virtual Machine?

Once you are done with installing the app, here are the steps you need to follow:

Open your VM app and click on the button or link to create a new VM.

This will open a wizard that will guide you through the process. Follow the instructions on it. The wizard may show default values while choosing an operating system. Make sure you change it to the values you want.

You will be prompted to create a virtual database. This option can be skipped if you already have the virtual disc of choice.

In the next step, you can create a dynamically allocated or fixed-size disk. You can choose the size of your disc. You can either go with default settings or tailor it to fulfill your requirements.

When you are done finally, click the ‘Create’ button and your virtual hard disc will be created.

You will be directed to the main app Window. If you have multiple VMs, you can choose the one you want and hit the ‘Start’ button to run your new VM.

How can I scale my virtualization set up?

The easiest way to scale up a virtualization set up is by adding additional memory. This allows you to run more VMs concurrently. When you increase the memory of your host system, you can increase the memory of each VM, leading to improved overall performance. Needless to say, the increase should be supported by the host operating system.

How can I migrate my virtual machine?

Here are the steps through which you can migrate your virtual machine:

On your virtual software, select the VM you want to migrate. Click on the ‘Migrate’ option to start the migration.

Select the destination you want to migrate to (the host computer). You will have a list of choices depending on compatibility. If you are not sure of the destination, you can select from any of these choices.

If your software has a drag-and-drop function, you can use it to move your VM folders to the destination computer.

What are the benefits of Virtual Machines over traditionally-used physical hardware?

Enhanced Resource Utilization: Since multiple VMs run on a single physical computer, you don’t need to buy new hardware each time you want to run an OS. This way, you get more RoI from each piece of hardware owned.

Scalability: You can leverage the power of cloud hosting to deploy multiple copies of the same virtual machine to manage an increase in workload.

Flexibility: VMs offer the flexibility to create new environments and handle new tasks instantly. It is much faster and easier to deploy virtual machines than to install an OS on a physical server.

Portability: You can easily migrate a VM to a physical computer of choice. This way, workloads can be allocated to servers with additional computing power. VMs can also be moved between on-premises and cloud environments; this makes them suitable for hybrid cloud hosting environments where you can move your data between a data center migration and a cloud hosting service provider.

Security: A virtual machine is far superior to OS running directly on hardware when it comes to security. VMs can be easily scanned for threats by an external program. You can create a snapshot of a VM anytime and then restore it if becomes infected with malware.

What I can use Virtual machines for?

With VMs, you can try a new operating system on your physical computer without affecting your primary OS.

So, if you are a Windows user and want to give any other OS, say Linux a try. Virtualization is the easiest way to get it done. All you need to do is to install a hypervisor and create a new virtual machine. You can then take any Linux installation and install it as a virtual machine and run Linux (guest OS) in a window within your host OS.

2) Create Software for Other Platforms

VMs can also be used for testing websites and applications across different platforms. So, if you are developing an application for both desktop and mobile platforms, you can use VMs to test both the versions on your computer. So, instead of moving the installer files to your phone and other computers, you can mimic them using virtual instances.

Now, let’s say you are using a system with Windows 10 but need a software that’s compatible with older versions of Windows or can run on a Mac system only. VMs come in handy in such scenarios as they offer a great environment for running software that’s incompatible with your current machine. Using an installer, you can install and run the software on a virtual OS.

As we have already discussed, one of the major benefits of a virtual machine is that it operates in an environment isolated from your main system. So, you can take security risks that you would otherwise avoid.

You may wish to download a software but not sure if it is coming from a legitimate source. Or, you may want to test an anti-virus program without putting your system at risk. A virtualized environment is the best way to test it.

That said, there’s always a chance that the malware you are testing can identify that it is running in a virtual environment and tries to break out. So, need to exercise caution.

Another great feature of virtual machines is that you can create their system-level snapshots that can be instantly restored whenever required. So, let’s say you want to install an application that’s potentially unstable. Or, you want to modify certain system configurations. In each of these cases, you are hesitant about things going wrong.

With virtual machines, it is possible to take a snapshot and create a complete copy of the VM at any point in time. So, if anything goes wrong, you can just restore the snapshot and keep working as before.

Besides, these snapshots are saved as single files that you can move and store elsewhere on your host machine. With snapshots as a backup, you can try new things on a VM first and then make changes on your main system.

We browse through dozens of sites every single day. Some of these can be potentially dangerous. With a virtual machine, you can take a snapshot of your computer and restore it after each browsing session. This allows you to browse safely without any risk of infection. You can use a temporary virtual desktop located on your server for the same.

Which are the best virtual machine programs to choose from?

The marketplace is full of virtual machine programs that you can choose from and make the most of virtualization technology. Some of these include:

It is a free virtualization software that can be run on Windows, Linux as well as Mac. The program has over 1 lakh registered users. If you are someone new to virtual machines, VirtualBox can be a good option as it offers a large range of client and host combinations. Besides, the program does not have a paid version, so you do not have to pay and upgrade to access superior features.

VMware Workstation Pro is suitable for professional users who need a powerful virtual machine that can run multiple applications on guest operating systems simultaneously. VMware Fusion, on the contrary, is a simpler application designed for personal users who want to run Windows on a Mac machine. The package supports iMac display.

VMware Workstation Player comes with both free and paid versions. If you need a VM program for personal use, you can download a free version. Those who work on a home computer and want to get familiar with different operating systems or want to make their computer more secure can choose the free version. The professional version requires a license key and starts at $150.

Parallels Desktop is an affordable option that integrates well with Mac OS. It allows Mac users to run Windows on their Mac computers. Users can run Mac and Windows applications side by side without rebooting, launch programs directly from Mac dock and access cloud storage. It can also run other operating systems such as Chrome OS, Linux distributions and other Mac versions.

The software comes with a basic version that starts at $80. The professional version that comes at a higher price offers better integration, support and networking options. There is even a business version for enterprise-level management.

Gnome Boxes is a virtual machine program that has been designed for Linux. It lets you customize all kinds of virtualization tools, right from setting up a specific workstation to enabling operating systems. It comes with an easy-to-use interface that allows you to see the virtualization systems you have at any point in time and how they are performing.

The program has proved beneficial for many advanced users of Linux as it helps fulfill their complex requirements. Its wide array of features including its ability to build an OS image directly from an URL and a quick setup wizard make it a highly sought-after option.

So, that’s all on the basics of a virtual machine. If you are looking for a VM hosting service, get in touch with our experts today.