With the increase in the adoption rate of technology, Punjab National Bank was open to shifting its services and operations on to digital platforms, and did so quite efficiently for its basic banking services. While rolling out the platform for its web portal, the staggering volume of traffic was proving to be a nearly insurmountable obstacle, since the users who were attempting to access the server were unaware of the shared nature of the system resources and hence, expressed their disappointment at slow or even no provision of services through the web portal. Punjab National Bank needed a robust web platform for disseminating their services, and to shift to that better platform seamlessly, with minimal disruption of services to end users. 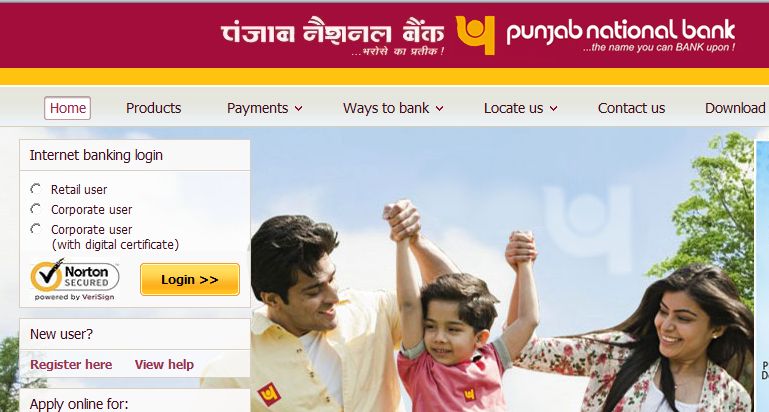 Go4hosting rose to the demands of the occasion superbly, beginning the process with in-depth discussions with the chief IT analysts of Punjab National Bank to identify the most common pain points with regard to customer experience and service provision. A deep dive into the existent hardware and software was carried out, focusing on areas of improvement, replacement and enhancement. The resulting findings were incorporated into a viable action plan that laid out the course for bringing about a volte face in Punjab National Bank’s customer experience of their website.

The beginning of the process was entrenched in designing a website that was based in large parts along a simplistic, user friendly graphical interface so that less technically adept users would not be turned off by the website and revert to using physical services at bank branches – the exact situation that Punjab National Bank did not want to give rise to, so as to free up manpower for carrying out non-automated tasks and managerial decision making. Thus, the new website design incorporated a high contrast and appealing color scheme and easily legible fonts. Next, the banking functions that Punjab National Bank offered were integrated into the website, with solid back-end processes that were designed with backup processes and failover protocols to deal with software, hardware and network issues.

In any sizeable project, the testing and refinement of the system in its entirety is essential, so that there are as few hiccups while it is being rolled out to end users. Keeping this in mind, Go4hosting checked and re-checked all the parameters of the required system against the performance of the system designed to cater to the users of Punjab National Bank. When the website user interface was found up to mark, the system architect teams moved on to the establishment of a consolidated hosting system that would enable the functions being offered by Punjab National Bank through the new website.

Making full use of the availability of their top of the line data center for load balancing tests and checking data security measures, Go4hosting server architects built up a repository of hardware that served the very high demands of the traffic on the Punjab National Bank website at peak instances. In addition, the networking framework was tested under stress to make sure that the servers would not face congestion as long as ample bandwidth was provided. This is because one of the prime factors that had to be kept in mind at all times regarding the operational capability of the website was the limited availability of high bandwidth on the users’ sides in many regions of India where the clientele of Punjab National Bank was located.

Addressing Current Problems Plus Future Ones In One Fell Swoop!

In addition to the fully capable website and server systems, Go4hosting added disaster recovery as a service to the backup options for Punjab National Bank, letting them rest assured in their invulnerability against the numerous malicious threats that float around the World Wide Web. With regular updates to the firewalls and security software, Punjab National Bank maintains a strong response system that caters to all the customers who require the services of the bank through its online portal.

In propelling Punjab National Bank towards the top of the banking sector, Go4hosting pulled out all the stops and delivered what PSUs cherish most – a happy and satisfied customer base!

Related Blogs
Write for us
Connect With Us
Browse by Services
Categories
Recent Post
Subscribe
Get the latest blog in your Inbox!
Registered Authors

By continuing to use and navigate this website, you are agreeing to the use of cookies Find out more.
Scroll