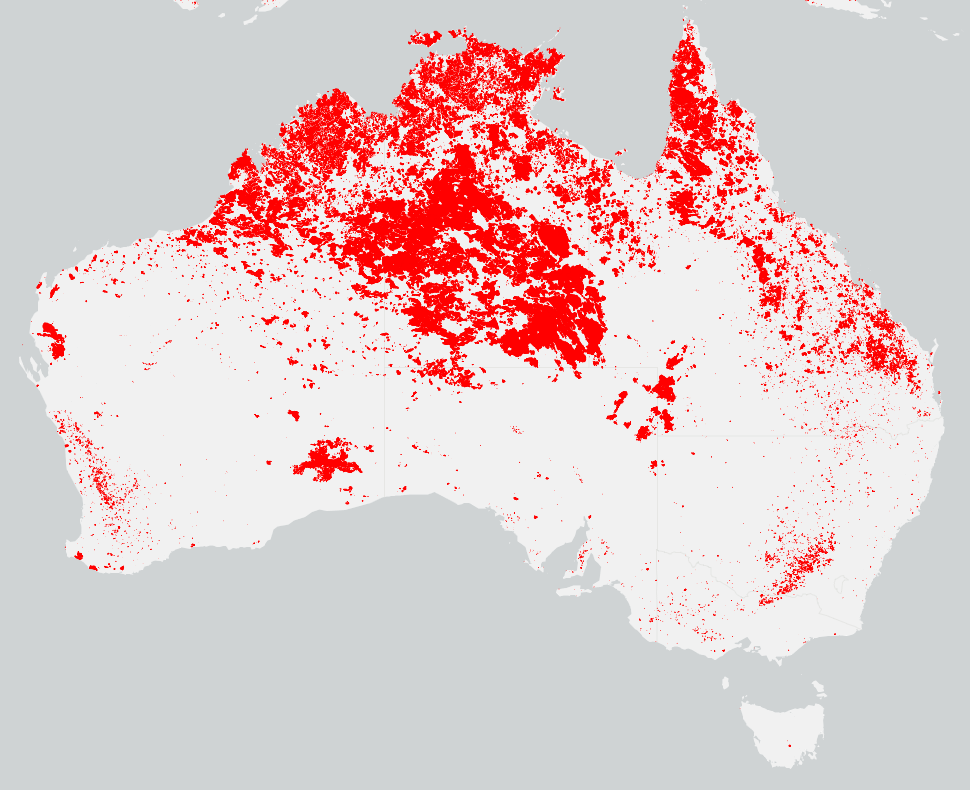 Australian bush fires have marked to be one of the biggest catastrophes of all times after Amazon fires. Temperatures beyond the normal records and continued drought for several months have led to a situation like this. At the very early stage only Australian Capital Territory (ACT) had declared a state of emergency as it started from Canberra. The destructions recorded are enough to show the level of disaster it has been.

The major portion of the Australia witnessed this havoc

How much elevated were the Australian fires?

According to the records, 33 people have been killed that includes 4 firefighters and millions of animals. Approximately 11 million hectares of bush area i.e. 110,000 sq. km out of which area of New South Wales and Victoria have been effected the most. In New South Wales 2,000 houses and forcing numerous to move from their homes to faraway places.

Australian fires have been shocking in size

The major destruction is caused to the wildlife of Australia which is the land known as the habitat to kangaroos and koalas. It has perished wildlife to its deepest roots by effecting 800 million animals alone in New South Wales. Overall if we see then around half a billion of animals have been impacted that includes birds, reptiles and mammals. It is near to impossible to replenish the same amount of wildlife but steps taken in the right way can bring good changes.

Australia emerged out to be the major environmental concern

Artificial intelligence is already superseding humans in each and very field and is taking over every manual task and in fact is better than humans cognitively and in terms of efficiency. The whole concern of AI is to build such machines that replaces human intelligence as much as possible. The machines then collaborate, dump piles of data to a common cloud server, dole out tasks among themselves and a front-end AI then relays results to the end-user. Already it has stepped into bizarre fields and has found appropriate application. With the implementation of machine learning a paradigm shift can be seen in every sector in the direction of positivity. A disaster as big as Australian fires needs AI to be pacified as soon as possible. Already there have been AI based solutions found out to deal with the situation.

Related Topic:  Are Cloud Servers Really Cheaper Than The Dedicated Ones?

How AI can bring or has been dealing with wildfires?

An AI based startup named Descartes Labs analyzed satellite images that were captured to detect and report the presence of smoke, changes in the thermal infrared data and other hot spots. Their AI-based algorithms are so strong in indicating a fire before it has even ignited. It is in the stage wherein they are trying to send the signals to the forestry department in the form of alerts. Due to competency of AI the company was able to detect fires which were spread for only up to 10 acres. Even when there was a big fire in Mexico, Mexico’s State Forestry Resource Protection Bureau Chief reported that Descartes startup helped a lot in being the first point of information. This has helped the wildfire rescue team to reach at pretty accurate time. It helps in narrowing down the exact location of the fire even when rescue airplanes are miles away.

Department of Homeland Security Science and Technology Directorate NASA Jet Propulsion Laboratory formed an AI based software application that is designed in a way to guide firefighters to how to navigate through already burning buildings. It works through data, imagery and sensory readings that helps in spreading awareness. As it becomes really difficult for a normal human eye to see through fire smoke. This makes for the firefighters so easy to make their way through the fire which was causing great hindrance before.

Big companies also are trying to implement AI to fight with the environmental disasters and lowering their adverse impacts. Hence, IBM in collaboration with Portugal’s Compta Emerging Business created a new AI-based fire detection tool named Bee2FireDetection. It aims at predicting wildfires beforehand and thus alerting the firefighters and the nearby communities for vacating the place on time. It proved that the new upcoming technologies and implementing AI, IoT and visual recognition can create miracles when applied in the right direction.

Related Topic:  What is Cloud hosting? What type of websites can be hosted on the cloud?

AI for Earth program with SilviaTerra

SilviaTerra is a San Francisco based company that collaborated with Microsoft’s AI for Earth program to basically use its maps and implement them to stop wildfires in spreading in a large scale. Already Microsoft is spending $50 million in the project of AI for Earth program and working very compliantly to bring in the change. These maps help planners figure out to how to advance by pointing out “fire mitigation hot spots”. This will lessen the burden on forest managers. These maps can be further used for a longer program and can also be used to analyze any area’s carbon segregating ability and recoding the groundwater levels. This means that the application of AI can bring revolution in our environment and make our Earth more habitable as it was a century before.

This is how the maps are used to detect the wildfire

Not only AI, the technology of drones also has initiated to lend their hands in pacifying the wildfires. One such drone is DroneSeed that works to fight with the problem of deforestation. It takes pride in planting trees six times faster than the normal planting by human hands.

There are no eyes left who wouldn’t have wept after seeing the demise of wildlife during Australian wildfire. Its high time when we as the maker of the technology and its user can apply it in saving our mother Earth. And if we talk specifically about Australia then it has the highest per capita emission of carbon dioxide in the world according to the Climate Analytics. Hence, after looking into the future AI must be applied in prevention methods before the condition reaches up to the level of destruction.

votes
Article Rating
Related Topic:  5 Reasons Why Your Next Hosting Should Be In The Cloud
Subscribe
0 Comments
Inline Feedbacks
View all comments