Cloud Hosting for Developers – An Overview 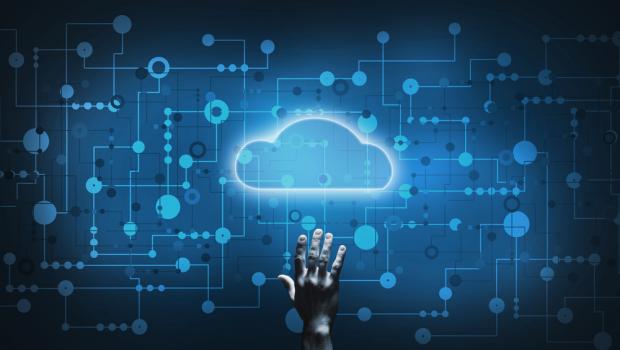 Developers are the starting point of web development and what they think about cloud hosting and their reasons, can be valuable for entrepreneurs.

Cloud hosting India has been one of the most adapted innovations of recent times. But what developers feel about the technology is still a mystery for many. After all, developers are crucial for shaping the functionality and efficiency for any organisation. This article will discuss some aspects of cloud hosting from a developer’s perspective and understanding. Let’s start.

Cloud hosting is a network of remote servers that are hosted over the internet. Such remote servers store, manage and process your data even in the absence of a local server and a personalized system. Such a serverless technology has benefited so many companies. This is because there has never been a shortage of computer system resources and operations are carried out as per the demands.

As the tools of development and technologies are evolving, the care they require has also increased. Developers are the ones who are under constant pressure to come up with frequent enhancements and eliminate the bugs if possible then completely. Thus they are the ones who should be most satisfied with the changes that an organization is planning to go forward with.

Hence, before migrating to a cloud hosting plan it is important to know what the developers of the organization think about it. They will be the best set of employees who can foresee any big hindrance in the path. As they closely analyze all the errors that can appear and how it may impact the performance. Also as all the developers are tired of writing their code locally. They deserve better technology in all and it is beneficial for the organization if we see the bigger picture.

Advantages of cloud hosting from a developer’s perspective

The usage of cloud hosting has been allowing professionals to manage database services in a better way. Important features like SSD hosting India along with crucial databases and services are quickly accessible to information and appropriate data redundancy is achieved.

Nowadays, cloud systems can be accompanied by machine learning as well as artificial intelligence. This is especially for those developers who are more involved in developing mobile applications or managing web services and host websites. As developers prefer to use the latest programming language that is running in the market, cloud systems make it easy to incorporate them.

Developers need to scale any portion of an application instantly and with great ease. This is not possible when you have to determine specific hardware so that each node of the system would run from the web application directly to the database server. But you don’t have to worry about this when your applications are hosted over a cloud host. The load balancing and database clustering treat your highly available applications with more care and the attention they need. They increase the hardware power and scale-out just by adding more servers and thus web and applications run easily. Most of the cloud systems also have the auto-scaling feature that automatically dynamically adds more servers. Also, if the developers need to scale up the databases, they just need to increase the server’s power. Creation of the database pools that have a fixed amount of processing power along with multiple databases. Due to these database pools elasticity becomes very handy and thus allows them to scale at its ease.

Developers cannot avoid small or large sudden increases in resource usage of the resources but they can switch to technology like cloud hosting as they don’t have to pay through the nose. Cloud systems help developers to save a lot and thus prove to be very economical. There is no up-front investment involved as you don’t have to worry about the on-premise or remote data centers. Not only just investment but there is also always a lot of speculation involved when one opts for on-premise data centers to sort out the current and future hardware requirements. No such case exists within a cloud host as no additional assistance is required and everything is covered within the budget. The pay-as-you-go model of cloud hosting doesn’t even ask to pay for some additional servers to a certain level. No extra charges are charged when the resources of the server are scaled down. This is why your applications need a cloud system to enjoy the increased redundancy. But we would discuss it on a whole another point.

Losing on the code that a developer must have been working on the whole night would be the worst nightmare. When your application is not hosted over the cloud, you will be requiring a separate and additional data center just for disaster recoveries. This adds a lot to the overall capital investment and thus should be avoided for sure. When you are on the cloud system no need to worry as then you would have to pay just for the hardware when it is in use. Cloud systems are known for their disaster recovery which is easily configured and scaled up or down when needed.

Development needs to provision resources at the quickest rate possible. This can only be possible within a cloud system. The fast pacing IT technology needs to test new environments as quickly as possible. If our developers leave this task on the shoulders of the technical services team, then it might take multiple weeks and the results might not be that promising. The cloud environment empowers developers to quickly test environments and deploy them at the quickest. With the help of the cloud system, the developers stay relevant and in touch with the latest ongoing technology.

When a developer develops something putting his heart and soul, then he would desire that it reaches each other. Cloud hosting allows the developers to rely on a faraway situated data center that can ensure that each of the users receives the same level of performance. The location can be anywhere around the world that will be hosting your software.

The work is not over even after the successful deployment of applications. Monitoring those applications is the real work that starts after that. Identifying the errors and fixing them before time is very necessary for smooth developer operations. The whole system very actively recognizes the glitches and in no time reports them.

Related Topic:  What Are The Advantages Of Cloud Hosting in India?

Cloud computing and serverless technology have supercharged countless entrepreneurs, creators, and innovators by offering ease of operations and handling. It has enabled businesses to scale as per their plans and keep the cost under check at all times. As a result, developers are shifting to the cloud all around the world. The number is increasing exponentially and so is the positive experience of developers with the cloud. Hence, if your company and development have not benefited from the cloud, you are missing out on the opportunity, big time.

If you liked this article, or if you want to know about cloud computing, web hosting, AI, and all about the world of digital innovation, get in touch with Go4hosting.