The Most Common Forms Of Network Attacks That Hackers Use Globally 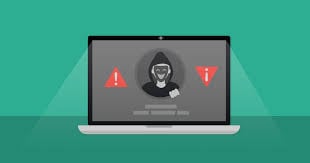 If a business competitor or a rogue element wants to wreak havoc on your budding business, today’s technology presents them with a long list of options. Network attacks are a clear example of how technology can be misused by some to achieve their unethical goals. According to many researches, there are some common types of network attacks that are used to target small businesses primarily. These are:

The most commonly used type of network attack is browser based. These types of attacks are initiated by luring web users into downloading malware that are cunningly disguised as some sort of software update or application. They look very simple and innocuous but they can create major operational issues. In some instances, operational systems and applications are targeted by hackers by searching for gaps in system security and using some data or commands as an exploit to create functional problems.

The best way to prevent browser attacks is to ensure that your browser and other related applications are updated on a regular basis.

Brute force attacks as the name suggests is an attempt by hackers to force their way inside your system by decoding passwords. This is a trial and error method and is a very commonly used method. Automated software is used for cracking the password or pin. Those who use passwords that can be easily guessed are the most vulnerable. While this type of attack can be successful only after hackers spend a lot of time guessing the right alphabets and numerical, success percentage is high.

The best way to thwart attempts of brute force attacks by hackers is to keep changing passwords frequently. Experts suggest using a foolproof password that combines numbers, letters, special characters and others.

A Denial of Service (DOS) attack is also another frequently used form of network attack. In this type of attack, the hackers prevent genuine users from accessing information or data. The strategy involves overloading of the server with tons of requests thus overloading the server and forcing it to crash. This type of attack is generally aimed at networks. The most commonly targeted are online banking, business email networks and commercial websites.

An advanced for of DOS is DDoS which stands for Distributed Denial of Service. In this type of attack, the hacker attempts to takes control of computers and makes use of the network to swamp a specific email with messages

Such attacks can be avoided by using advanced antivirus software, email filters and firewalls.

SSL or Secure Sockets Layer helps in providing data security by offering an encrypted link between your website and the browser. This standard security technology is a common way of ensuring safe and secure delivery of business critical information. All websites that engages this technology has https at the beginning of its address. When an SSL attack is planned the hacker attempts to intercept the data before it can be encrypted. This makes it possible for them to access raw data that can be misused to cause huge losses.

In this type of attack on computer networks, the hacker searches the internet for open ports through which attackers can gain access to a computer. In technical terms, this cannot be classified as a type of network attack but they can definitely be seen as building ground for potential future attack. A message is sent to the open port and the status of the port is revealed by the kind of response the message elicits. The hacker can use the information received to know more about the OS and the vulnerable points in the system. The information can be used for launching an attack in the future.

DNS or Domain name servers are used to keep a directory of domain names and transform them into IP addresses. The attacker can resort to a malpractice called DNS spoofing by introducing data into cache of the domain name system. This can result in the name server returning an incorrect IP address. The traffic is redirected to a computer chosen by the attacker. In such attacks, the queries come through Port 53 which is most vulnerable as they are left open by traditional fire walls. Network attack can also take place through DNS hijacking. In this type of attack, users are redirected to a fake website when they are browsing the web for a genuine one.

Solutions include using a random source port, and keeping your servers patched and up-to-date.

Backdoors are applications for accessing computer systems remotely. In many instances, they are created to bypass detection systems. Hackers can gain access to computer data using strategies like port binding, connect availability and connect back by using the gaps in backdoors applications. Hackers can use both hardware and software systems to reach the defective backdoors apps.