Data Centers to Decline by 2017 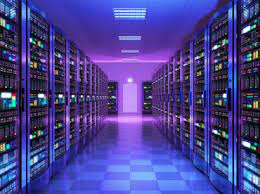 However, a recent study conducted by a leading research house IDC (International Data Corporation) revealed that the shift to third platforms is likely to have a direct influence on the data center construction as well as their remodeling. The study further illustrated that the total number of data center facilities across the globe are expected to reach a peak i.e. 8.6 million by the year 2017 and will then gradually decline.

The major factor driving this shift will be a turn down in the internal data center server rooms beginning in 2016. Even though the other data center categories and the service providers offering these solutions are forecasted to continuously rise throughout 2016-17. Moreover a decline in the count data center facilities is expected to have no impact on the total space, which will continue to surge, increasing from nearly 1.58 billion sq. ft. in 2013 to about 1.94 billion sq. ft. in 2018.

Another important shift is the rise of mega datacenters. These are primarily the server locations for a large colocation unit as well as cloud service providers. It has been projected that the mega datacenters are expected to account for 72.6% of the entire datacenter construction by 2018. This will be followed by the high end datacenter space (44.6%), up from nearly 19.3% in the year 2013.

At the same time, the count of datacenter environments commanding long term assets commitment is likely to grow all through the forecasted period. According to technology pundits, much of this expanding growth is attributed to strong construction of datacenters in the China, which are going to replace the smaller units. It is predicted that the construction of large datacenters are expected to grow at the compounded annual growth rate of 8.4%. This will account for approximately 66.67% of the total datacenter space across the globe by 2018.

Related Topic:  AMD Next Gen Processors Are Worth All the Money

Hence, by the end of the year 2018 most of the businesses will be dependent on the service providers for managing their servers and IT infrastructure. The firms are expected to turn to the shared cloud and dedicated offerings in larger datacenters. This is expected to consolidate and retire some of the existing datacenter units. Additionally, the service vendors will continue to remodel, acquire, and construct large datacenters to meet the expanding capacity demand of the clients.