Is the Blockchain Technology a Disruptive Technology? 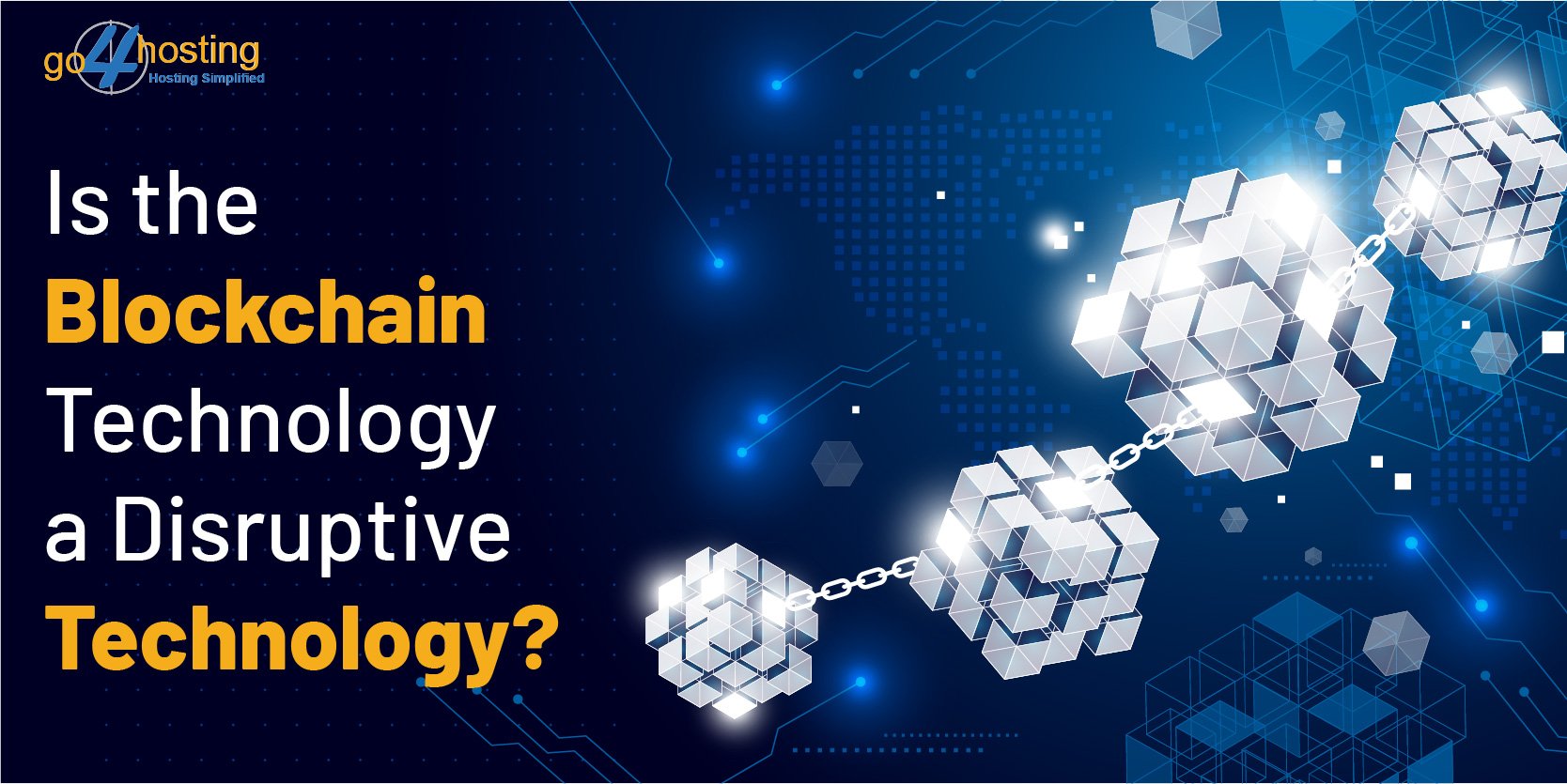 The last few years have witnessed innumerable changes in Internet technologies with the evolution of social media networking sites, Big Data center, cloud computing solutions, Internet of Things and data mobility. The blockchain technology is also one such unique and revolutionary technology which has practically shaken the world. Blockchain technology may be the new buzzword but it is largely a disruptive technology. While it may not have tangible effects like the introduction of smartphones did, it is going to have far-reaching consequences.

What is the Blockchain Technology?

The blockchain technology is really the structure and underlying technology for the working of the Bitcoin and cryptocurrencies like Ethereum, Monero, and Dash etc. The blockchain is really a digital and distributed ledger of transactions which have identical copies that are maintained on various computer systems and controlled by different entities. Blockchain technology is equipped to record all transactions which happen online. The data gets saved in encrypted blocks which will have the history of every such block. The blocks get chained together and are distributed across a network or nodes so that data cannot be falsified. So, the blockchain essentially works like a distributed spreadsheet which contains records and serves as the backbone for the new-age Internet.

Blockchain technology is secure and this is not because of the encryption feature. It makes use of a peer-to-peer network and it is not essential that trust has to be ensured between participants. This trust is guaranteed in the form of a record and not by the party which is hosting it. So, the data which is contained in the blockchain can be seen by others but it cannot be changed by them without permission. The blockchain transactions are verified by the miners through POW or Proof of Work algorithm. In short, within a blockchain, there will not be any one point of failure; so, digital assets cannot be corrupted and hacked. The decentralized blockchain network will confirm transactions and records are stored in the ledger.

How is the Blockchain a Disruptive Technology?

With businesses moving to the cloud hosting india, the blockchain will soon become the foundation on which developers will make products that can be accessed globally and that are secure. In this sense, Bitcoin or blockchain technology will be disrupting the way global market behaves. There are applications that are being launched like the Mojaloop which will help people of different developing countries to access online funds. Keyless Signature Structure or KSI are being adopted in place of digital keys to secure documents digitally. Now, the blockchain technology is being used for almost everything, whether it is for payment processing networks or land registrations, content delivery networks of medical records. Businesses can therefore keep credentials which cannot be falsified and which can be accessed safely.

The blockchain has already disrupted the financial industry. It addresses all problems which were associated earlier with validating transactions. So, processing transactions today does not require the presence of a third party. Here, the blockchain network has replaced the need for financial institutions. Transfer of assets is carried out in real time almost because it takes about 10 minutes to add new blocks to the public ledger.

Besides monetary uses, there are indeed many applications for the blockchain technology which can be explored. Incidentally, many startups are working on it and disrupting existing industries in the process. There are startups which are planning to use this technology for trading physical assets. For instance, Bitproof is disrupting contracts as it records them on a blockchain. So, you can complete your house sale by storing the contract on a blockchain instead of doing it in the presence of a notary. Colu is another example of blockchain technology application that manages property via digital tokens. These can unlock physical objects and online services. Verisart is using the technology to verify pieces of art.

So, by and large, it is expected that the blockchain technology will soon be at the helm of IT security. DMS providers will perhaps use this to encrypt services, protect user privacy and prevent attacks. The blockchain revolution is also likely to have an impact on web hosting service. These services may soon be sold using Bitcoin or other cryptocurrencies. Earlier, to deploy hosting solutions, you would need data centers and central servers which could communicate with client devices and process user requests. Whether it was communicating with your friends on social media website or shopping online or making payments, you had to depend on servers. With the emergence of the Internet of Things or IoT, more and more people are coming out with newer technologies. In short, the web hosting industry is destined to grow further with blockchain technology. It will let you store data or process data as you could earlier, but this time with a decentralized network. The technology will ensure that sites have SSL and are secure completely. You can enjoy total control over the data and there will not downtimes. So, the blockchain technology is all set to change hosting of websites.