Social media PTSD: How are social media giants dealing with the neck down generation? 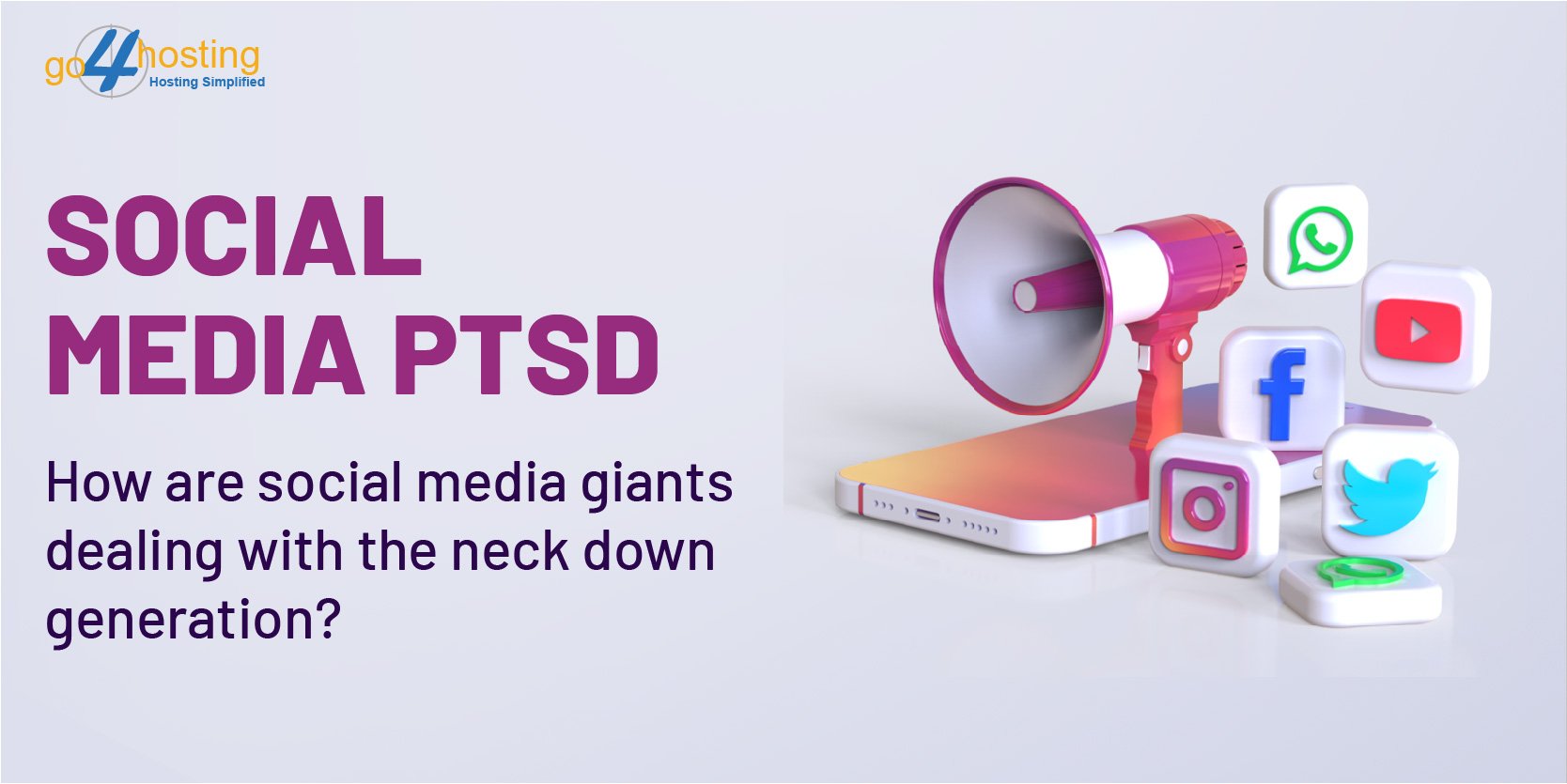 Last time I was talking to my niece who is just 13 years old, she was so much worried about the likes on her recent birthday party post on Instagram. I was there with her for like 2 hours and meanwhile, she checked the likes on her post like 25 times on an average. Are these the starting symptoms of PTSD(Post Traumatic Stress Disorder)? I would say yes.

The SEO hosting organic results are also the witness of the antagonism social media is spreading. Even Google couldn’t hide the issues social media is causing and hence shown in the top ten results.

One could easily get from these results that people are searching more about the negative impacts and the most prominent one is definitely PTSD.

This form of the disorder is more prominent among the social famous faces having following more than 10,000. Being a part of the biggest chunk of common people, we also face issues related to our posts on these social media channels. To narrow down I would say this issue majorly arises on Instagram, Facebook, YouTube, and Twitter. In spite of having followers like in the range of hundreds to thousands maximum, we are so much worried about the likes on our recent posts and increasing followers. There are a set of people particularly the vulnerable ones who have low resilience and are actually effected the most through social media activities.

In the age of developing inter personal skills and setting goals for future, teenagers are lowering their self-esteem through social media…

Recently all the major social media giants have realized that it’s time to take considerable steps in the direction to conceal the young as well as an adult generation to suffer from PTSD (Post Traumatic Stress Disorder). The major reason for people spending so much time on these media is the steep decline in internet charges and access to smartphones. Initially, people use to use desktops or laptops for accessing websites or even these social media websites but nowadays everything has become so handy on our mobiles.

The very recent news released by Instagram of removing the “Likes” section for protecting mental health around the world has gained so much respect and applause. Though Instagram fans or freaks precisely speaking took this news as a shock the pressure it had started building among the young generation is becoming catastrophic with time.

Liking posts on Instagram served different purposes for different kinds of people. Instagram was becoming a medium for people to show off and its day to day impact was escalating like hell. As generally, people assume that posting more and more posts on Instagram means they are living a lavish life but the picture may be at times the opposite. For example, take the case of the famous pop star Ariana Grande who recently shared her health conditions. Celebrities especially go through such pressure over these social media channels serving content to millions of followers and the constant squeeze of satisfying all of them on the same post.

On last October 10TH witnessed the most revolutionizing World Mental Health Day. Along with the celebrities like Harry Styles, Ruby Rose etc., social media companies also took a step forward. Facebook introduced “Let’s Talk” campaign and also promised to donate $1 for every sticker sent on the day that would be donated to mental health organizations.

IT’S OK TO NOT BE OK

Already this Millennial generation is acquiring the social media world, hence things should be done in a millennial way only. The best step taken to date by any social media to fight this virtual vague parallel millennial world is by Accenture. They have come up with this idea of asking people to sign PTSD forms working as Facebook and YouTube content moderators. This would ensure people working as content moderators that the job they are willing to get in may cause post-traumatic stress disorder. The sereneness of PTSD has risen to such a level that once a Facebook moderator said he keeps a gun by his side while sleeping. The issue cannot get more serious as it has gotten already.

The negative impacts of PTSD are numerous…

If removing the “Likes” section may not be successful in terms of improving mental health, but at least it would make Instagram a more positive place as compared it has been for so long for this millennial generation.

The next step that Instagram is thinking is to make the posting culture revolve around more on the personalized experience rather than cribbing over the likes and popularity of people under your known circle. This had become a very pathetic accomplishment to get validated through the number of likes and making the world such a negative place to live in. The major purpose behind this whole removing Likes is to make people feel happier and less self-conscious and make the social media less of a competition and more of a fun platform to connect to new people learn cool stuff.

After seeing the ranking, it can be easily perceived that the social media channels whose business module majorly lies in pictures have a greater negative impact on mental health. Snapchat’s module is also totally based on sharing pictures just like Instagram. Although it does not have the “Likes” feature displaying daily social outings and happening life and disappearing in seconds leaves people swayed and envious most of the time. Actually, people only post the brighter side of their lives, they may be breaking from inside but their social media life should still look lit. But people generally forget that spending a day on any of these social media profiles has been fooling me into believing that I have an actual social life. I know you are relating to me but it’s quite tough to accept the facts.

Instagram has recently proved itself to be the torch bearer of mental health by also bringing on board the “Nudge” feature. So the Nudge feature is basically a checker of the comments you post and ceases the comments that have the potential of cyberbullying. Some comments may be intentionally or unintentionally hurt some social sentiments or discourage on an individual level. The Nudge feature will in the most professional manner give the comment poster alternate options or would suggest a subtler way to convey their message. Comments like “You are ugly”, “Fat kid” etc. especially targeting on body shaming are the ones that have the most unintended side effects.

Related Topic:  What Every Web Host Should Know About Google Analytics

Seeing the constructive efforts taken by these social media giants have brought up hope among the usual users that the year 2020 will be the year of the commencement of positivity. But apart from the steps taken by Instagram, Facebook and others we as users on these platforms should generate a feeling of responsibility. Once we start spreading positive vibes on social media in no time things like PTSD or depression would start diminishing gradually. Not only on social media, filtering yourself before speaking anything, in general, helps in keeping the environment positive. Together let’s take a pledge to make this world a better place to live in.