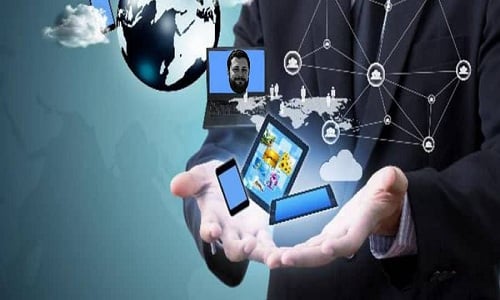 What comes to your mind when someone says “technology”?

Smartphone? Computers? Or, maybe the internet?

How privileged we are to be born in this era. And the pace with which technology is evolving, the forthcoming generation will be more fortunate than us.

Today, we take a look at 7 breakthrough inventions we have compiled for you. So, every year since the last decade, we have picked what we assume were the 7 most revolutionary innovations.

We will work our way from the 7th to the 1st; the 1st on our list will blow your mind in every sense. Though, not literally.

You heard it right.

Remote controls are one technological bestowal that you take for granted. Imagine getting up in a cold winter night to switch off your television. Remote controls deserve more credits than it is given.

These controllers owe their being to Nikola Tesla, a name few are unaware of. The first remote, developed in 1950 by Zenith Radio Corporation, was called “Lazy Bones”.

However, unintendedly, remotes have only made us into sloths. But, that could not stop it from securing a spot in our list.

Need to buy your loved one a present for tomorrow’s party?

Did you check for flowers online?

Websites ease things up. Save a minute to say thanks to devices that power websites – Servers. The data that you last downloaded came from a database that was stored in one of the servers at some corner of the world.

Mass production has made cheap servers a reality. When it comes to websites, USA hosts more servers than any other country in the world.

Without these servers, the concept of webpages would have remained a concept.

Many smart city concepts have run into unavoidable delays. The ones that were implemented narrowed down their affordability to the wealthier class in particular. The ambitious goal of a smart city is to simplify the life of its citizens.

With the trends that is prevalent in technology these day, we might not be very far away from cities that will deploy robots, sensors, and unmanned vehicles to work on things that require human interference at present.

Ever wondered how the widget on your home screen forecasts weather so precisely? No?

Then maybe, how google comes up with just the right search suggestion way before you complete typing your query?

Artificial Intelligence is the concept central to both the examples above. But these are still the most elemental applications of AI.

Internet of Things – that will run on Artificial Intelligence Systems will unlock another world of possibilities altogether. With IoT, daily chores like electricity recharge, booking an appointment with your dentist, etc. shall no longer trouble you.

We now make our way to the top three that we believe are the most revolutionary ideas/concepts/inventions that technology has ever bestowed upon us.

How often these days do you see lost bike riders or car drivers asking you which exit to take on the highway?

We all know which tool the riders have their hands on — a GPS.

Know how Domino’s is able to deliver pizza to the correct person? With a Global Positioning System.

GPS has made complex and clustered marine traffic more comprehensive and less dangerous.

Before GPS, seafarers moved close to the shores and relied on constellations, sun, and even the diin which birds flew.

How easy and reliable was reading directions from a bird’s flight can be made out from the fact that a popular seafarer reached Caribbean (West Indies), and died believing that he discovered India.

Thanks to the GPS, sailors that now leave for the U.S., do reach U.S. and not North Korea.

There was nothing stopping GPS from making it to # 3 on our list.

It all started with woodblock printing in China that dates back to 220 A.D.

Later, printing press came into existence, deploying cast- alphabet matrix and screw-type mechanism that intermingled to become our first moving mechanism printing. The need to compact our printing paved the way for typewriters, which, with hammerhead beat alphabets out from the ink strip.

Sooner or later inkjet printers set the trends for a while, accompanied by, now famous, LaserJet printing.

But our engineers were not satisfied with what our printers could do. After all, we were still bound to two-dimensional printing. The need for a printer that could print in 3- dimensions became inevitable.

And that was how our number 2 on the list was born.

A 3-D printer adds material layer by layer. It is, in many ways, similar to 2- dimensional printing except for the fact that several two- dimensional prints are stacked one over the other to give us the required structure that spans in all three axes.

Printing metals and other tough materials is an unbelievably slow process, and at times produce results that do not resemble prototype. So, 3-d printers have been confined to printing with plastic-like materials only. Until now.

Metal printing is becoming the tell-tale among industries. If widely adopted, we can revamp the way we mass-produce components. With this technology, we can produce lighter, stronger, and complex shapes that cannot be manufactured by machining.

We have seen how the more complex inventions celebrated higher spots on our list. The # 1 on our list shall be no less than a marvel, an epitome of revolution and a real breakthrough in technology.

Let’s see if you can guess it correctly.

Transistor was a clear choice, ever since we started framing our list.

Relook and tell which one among the above six doesn’t use transistors as its component.

Do you now think that our other inventions would have made it to our list without transistors?

Related Topic:  Forex VPS in India: The Key to Creating an Unrivalled Trading Experience in 2021

The smartphone that you are reading this on; the laptop that contains your work-files; your heart rate monitor; all contain transistors. In fact, the aircraft that landed you to your home-town also uses transistors in its control panel.

All logic gates- AND, NOT, OR, are based on transistors. Humans work on decimal codes – meaning 10 – i.e. we recognize numbers from 0 to 9.

Computers work on binary logic – 0 & 1- and understand no other language.

Where does this idea of using binary (or 2) digit codes for computing come?

Say, a computer system operates at a voltage range of 0-10V, any intermediate voltage would have been a tedious task for the system to measure. So, we taught our systems to recognize only the high (in this case 10 V or near) and low (in this case 0 V or near) voltages and assigned them 1 & 0 binary codes respectively.

A transistor is able to transmit full to no voltage and is thus the medium for transmitting and processing binary codes. It revolutionized electronics and made way for smaller and cheaper calculators, computers, and radios. The first working transistor was developed by American physicists – Walter Brattain, John Bardeen, and William Shockley – in the year 1947.

Transistors were – and are – truly a marvel that technology bows down to.

If you were given a choice to replace any invention mentioned in our list, which one would it be? Also, how would you rearrange our roster and where does it stand in comparison to what you expected?

Let us know your thoughts on transistors and how do you believe they have moved our tech-boggy.

We provide quality hosting service at competitive prices, and our customer-support is unmatched. We are into this business for quite some time now and know our trade inside-out. Try go4hosting’s free VM hosting and decide for yourself.