Are Cloud Servers Really Cheaper Than The Dedicated Ones? 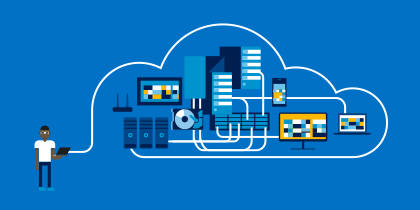 Cloud servers are the in-trend thing. Organizations tend to be moving to the cloud by virtue of its publicized benefits. Cloud and dedicated servers are considered to be viable options for an organization experience high traffic and requiring large storage space. For an organization moving from the virtual private servers to the next higher level ones, often the choice is to be made from the cloud or the dedicated servers. The decision on which of these is to be taken is weighed with respect to their relative pros and cons.

One of the question that arises is that, is cloud real cheaper?

Another question is that — is cloud cheaper than dedicated server?

The case for cloud servers is made out for its advantages of on-demand pricing and high level of scalability it offers. Both these factors are directly related to the levels of demand seasonally. Since prices change with respect to change in demand levels, Cheap Cloud Servers are an ideal choice for those businesses which see cyclical highs and lows. Similarly, it allows organizations to scale up or down their operations in no time. There is no need for changing the server configurations or waiting to get the higher order servers.

Related Topic:  Why A Big Bang Approach To Cloud May Be Best Avoided

While discussing the pricing plans of the cloud service operators, one must ask questions pertaining to pricing during those times when there is a need for dedicated high level of bandwidth consumption. This will show up a more realistic picture and would enable a fairer comparison with the dedicated server plans.

Even while one knows that cloud servers are priced higher than dedicated ones for those instances, the question management has to answer in its decision-making process is whether it is going to consider only pricing issues, disregarding all other benefits which accrue with the cloud hosting services. If pricing is a critical factor, then one might decide to go in for the dedicated servers. However, if there is a need for using more of cloud benefits, then this might take a back-seat. So, what are the other situations in which the cloud service might still be opted even when the pricing is believed to be higher.

Need for complete safety and security of data would be one such situation. Every organization has crucial data, whether of its employees or of its clients or vendors. Therefore, it needs to be made safe as much as possible. Clouds are far more reliable in this respect than the dedicated ones. Instead of depending on one machine, which is the dedicated server, one can put the data on multiple servers which would prevent its loss even if one of the server crashes or is attacked by cyber criminals. The sensitivity of the information is crucial to this end.

The other important situation could be when there is a need for operational efficiencies and exemplified user experience. Operational efficiency of the server is best achieved with the cloud-based systems since the resources are used to the extent these are required and these do not remain unutilised. Also, the user experience of the use of website functions or applications is far better in case of the cloud systems. The reason for better user experience is the many-folds increase in the computational power using these systems.

All these benefits cannot be overlooked and the organization has to weigh its pros and cons before deciding on which type of hosting to take.