Exchange server cloud hosting vs Office 365: What Is The Difference? 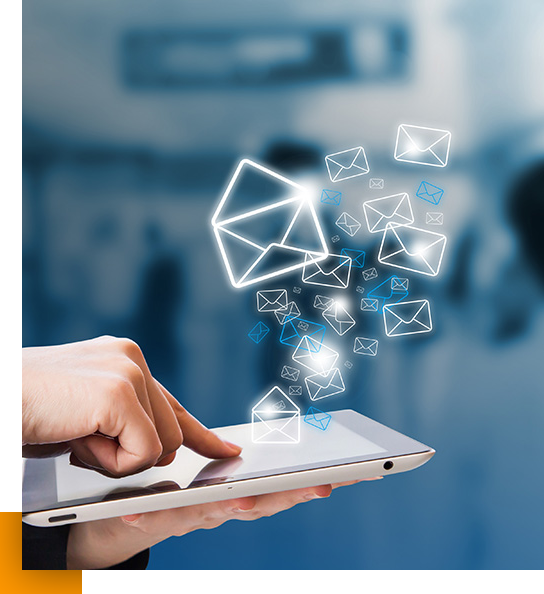 Comparing two of the most popular cloud hosting servers. Find out which one works best for you.

If any customer is trying to revamp their organization’s email strategy as well as for deciding whether or not to remain with Microsoft Exchange Server, or else migrating to Office 365 (or some other cloud email-based solution), they need to take a lot of factors into consideration. Multiple market research surveys reveal that cloud-based email adoption remains within its initial stages (at about 13% for publicly listed firms), however, it is beginning to take up an important place, especially in technology-based industries.

With various statistics revealing that a vast majority of intensive IT-based businesses have moved to the cloud for a large number of their various business applications, it seems that for a few businesses the best choice is to not worry about the hosted email systems by moving to the cloud.

In this article, we will share some of the prominent differences between Exchange server cloud hosting and Office 365. Let’s find out which of these services suits your needs best.

Exchange server cloud hosting vs Office 365: The best choice for you?

With Microsoft ruling the market for business email, we have taken a glance at the variations between Microsoft Exchange Server and Office 365, putting the hosted or on-premises solution, in comparison to the cloud-based version.

This becomes the point wherein the discussion of hosting as compared to cloud-based security solutions raises its head. With cloud-based solutions, protection typically stays a responsibility of the cloud service provider (CSP), and a few businesses opt for it due to the dearth of security management, as it is too high a threat for customers to deal with themselves. Keeping up with security management needs utilizing the resources as well as configuring and changing encryption solutions as well as business security plans.

For several newly established businesses, security management is often a positive factor as their cloud service provider offers world-class security measures while possessing the flexibility to accommodate various laws or rules required by the industry.

With the usage of an Office 365 based email solution, as an instance, customers attain automatized modifications against freshly found safety risks, integral security against information loss, and cohesive protection-based standards like ISO 27001, provided as standard via Microsoft to each Office 365 client. If customers are working with a Microsoft partner, they’ll even be ready to offer further layers of protection like cryptography as well as access controls for email attachments.

With the assistance of Microsoft Exchange Server, customers (or their Information Technology support teams), can have complete management of the concerned hardware as well as the overall framework, while with Office 365, customers do not have direct access to such sections of the system. The distinction between the two will influence the extent of control they have got to system specifications, process modifications as well as device variations. Thus, startups and small-sized businesses usually understand the importance of the management of resources for accomplishing better performance.

Usually, it is simpler to combine Microsoft Exchange Server with various alternative applications if they exist on an identical network, although many Microsoft clients can have the power to provide a good level of incorporation with Office 365 as well.

If the customers’ business is emerging rapidly or dynamically varying, they will want to keep up with the measurability and adaptability which emerges with  Office 365 that permits customers to extend or diminish the email storage they need for every month. For an advanced and large business with significant email needs, it’s feasible to achieve the capability limits of an on-premises email-based server quite simply with Microsoft Exchange Server aided ably by Go4hosting.

Various hardware and software licenses usually require modifications as well as resets every couple of years, while with the usage of Office 365, this can be accommodated as a component of the subscription itself. While Exchange Server will be efficient for a bigger corporation with various resources and frameworks under their control, for SMEs it’s typically within their budget as a cost-friendly option to decide to go for the SaaS framework of Office 365.

Furthermore, several Office 365 based subscriptions embody access to ‘SharePoint online’ along with OneDrive for the Business, remarkable tools for on-line based document storage as well as collaboration with the Office suite of various applications (Word, Excel, PowerPoint, etc.).

On the other hand, Microsoft Exchange Server will give some extra management to businesses over their information and various systems. For several businesses, such advantages aren’t needed, or they will be weakened by a load of encryption and information security. The truth is that for several startups and regulated businesses, Office 365 currently represents a lot of versatile, efficient, and safe choices for fulfilling various business requirements.

The Hosted Exchange Server was engineered over the 2010 Microsoft Exchange interface, whereas Microsoft’s recent Exchange assisted capacity with email-based solutions which provided advancements to Office 365. Zero modifications were enclosed within the former, whereas the latter, which is cloud-driven, receives regular modifications on its own. Every Microsoft Exchange Server Edition is followed up with the pioneering Outlook PC version of an identical structure. Outlook PC operates in the form of a frontend for end customers. Thanks to the stark variations within the customer experience style of the Exchange versions, variation management is a challenge for corporations. Although, when customers progress to Hosted Exchange, they retain a lot of management control over feature and application development even after they settle for modifications and changes. At present, Microsoft supports Exchange Server interface versions ‘2010’, ‘2013’, and ‘2016’.

Office 365, which is cloud-driven, is updated regularly on its own, and that makes it a bit more persistent for dynamic businesses.

Exchange server cloud hosting and Office 365 both are great options for hosting needs. Though it depends on the application which of these services better suits your need, both offer incredible value and technical upper hand over other options. Explore the best plans by both of these providers and decide which one is for you.

If you want to know about Hosting, VPS, Dedicated Server, and Virtual machines, keep exploring Go4hosting.com.