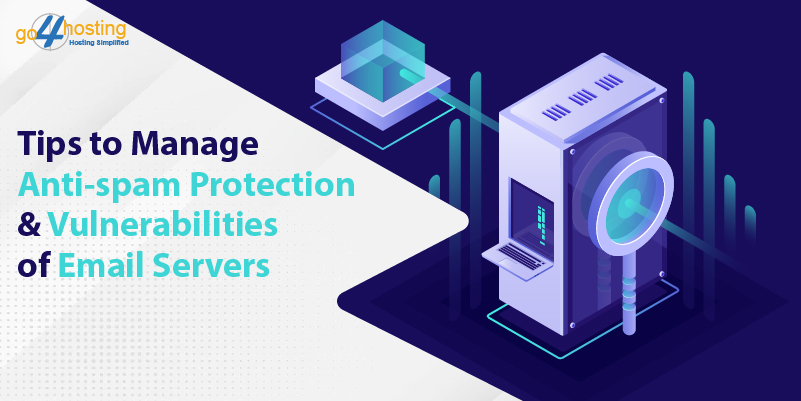 Significance of online security initiatives in modern business is a bygone conclusion due to the growing incidences of cyber attacks. Modern business environment is characterized by automated processes that need to be seamlessly secured from potential attempts of intrusion and tampering. Although majority of service providers and vendors leverage anti reverse engineering and anti malware techniques for securing their offerings, these initiatives fall short of providing flawless protection to users.

Securing email communications is easier said than done as it involves protecting incoming as well as outgoing mails from the threat of intrusions. While the outgoing mails can be encrypted for seamless security, the incoming mails pose a significant threat since there are chances of receiving incoming mails with spam or virus laden attachments. Then there is an ever increasing threat of denial attacks to add to issues with incoming emails.

However, the good news is that there are effective solutions for guaranteed security of email servers from a wide array of cyber threats. We will have a brief understanding about how these email security solutions are capable of multiple features that allow users to detect and fix vulnerabilities.

It is found that every single breach in cyber protection can be attributed to some or other vulnerability. One needs to focus all attempts to mitigate as much vulnerability as possible since it is impossible to get rid of all.

In order to mitigate the total gamut of vulnerabilities, one must follow cyber security best practices while setting up of email server and its subsequent maintenance. This will help prevent the commonest and the most obvious weak points as far as your defenses against security breaches.

Limiting the volume of data- It is strongly recommended to restrict the total volume of data on email server by avoiding storage of unwanted software, unnecessary files, pictures, or attachments in other forms. You need to make sure that every single port is in use and seamlessly secured by using authorization requirements.

Keeping the server updated- Every software vendor manages to issue security patches within a span of few days after any vulnerability is discovered in the software. Updating of such patches as and when these are released is an important aspect of security best practices for protection of your email server.

Robust authentication policy- Setting up of impregnable procedure for authentication backed by intricately designed passwords is essential for ensuring that only those users who are authorized to access the server are granted permissions. Server can also be secured by way of SMTP authentication approach, which will be described later.

Rest of the security measures will be governed by operating system in use and the type of software configuration. Additionally, you can employ strong encryption procedures for enhanced protection against man-in-the-middle events. Ideally an SSL/TLS encryption method should be adopted for encrypting IMAP, POP3, and SMTP protocols.

One of the most overwhelming issues that are being encountered by email servers is related with spam emails. There are two different categories of these problems that include incoming and outgoing spam messages. In case of the outgoing emails, the server has to perform as open relay.

You can implement content filtering as the best defense against spam emails. You can configure these filters by leveraging a proxy application including firewall or can configure the content filtering application right within the server. Firewall is the most reliable way to prevent server access. Alternatively, you can also employ a vast array of DNS based lists including SURBL or DNSBL. Mail relay parameters are also used for prevention of outgoing spam via Open Relay.

Related Topic:  Email Migration Can Go Horribly Wrong – This is How You Can Avoid Unpleasant Situations

Malware attached to spam mails is considered as the most significant issues of spam mail. These malware programs have potential to disrupt the entire system by infecting email server. There is also a looming danger of compromising customer data.

All said and done, one can find a multitude of tools that are provided by third party or can be offered by default that secure email servers from the threat of malware and other malicious software programs.

Dealing with performance and stability of server