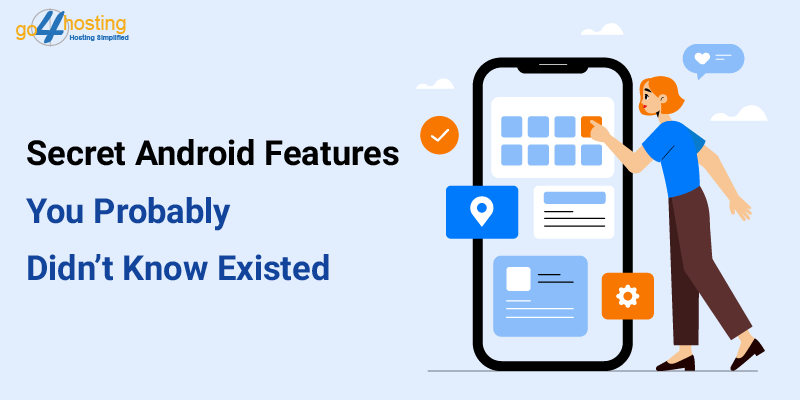 Assume you are drafting an important email and just then by mistake hit the send button. Now what? Your client is not going to be happy reading what was supposed to be a draft. But what if I told you you can unsend emails. Baffled? Probably. There are email solutions for small businesses that provide you the capability to force back an email within a given time frame. That being said,  your android phone is only as smart as you are. It is almost certain you have perhaps missed a lot of cool features that could have greatly simplified our lives had we known they existed. So, in this blog, I bring to you some of the most lethal but fun things every android phone comes packed with.

#1 You can reverse search images

Ever wondered how convenient it would be if you could search through images instead of texts? Seems like there is. This functionality was not provided on mobiles until recently, although it had existed on desktop browsers for long. To search using an image, go to Google Image Search home page. From the browser you are using, navigate to the options tab and tick desktop site. This is it, you can now upload your image and see similar images using the camera icon in the search bar.

Android is so much about Google, it is a Google product after all. Despite that, not many of us talk about Google Lens but it is covertly getting more and more intelligent. The applications makes use of your phone’s entire arsenal of features. Lens is probably the most intelligent app ever made, deploying augmented reality, location tracking and behavior monitoring all at once. The most compelling feature of the application – and definitely worth mentioning here – is its ability to translate what you see.

Related Topic:  Why Is It Essential for digital marketers to have an IP running effectively for the Email Marketing technique?

If you thought performing searches via images was cool, you are likely to have your brains blown off by the next one. Most android phones come inbuilt with features that allow you to capture songs or music and, in turn, search the same either on your songs list or on the internet. With this feature it is easy to identify songs playing near you. Here is how this works –

Long press the home key until Google assistant pops up (you can also launch the same using by citing ‘ok Google’ or ‘hey Google’ as you use your phone. At the bottom pane, tap the mic icon, click ‘what’s this song’ and let your phone picks the beats.

Let’s be honest, split screen needs a lot of credit than it is given at present. We all know developers do not pointlessly include features unless absolutely necessary.

If you haven’t tried it before, split screen can prove to be extremely convenient when you need to copy texts from one place to the other. You no longer need to continuously switch between apps to do so.

Just pull out two apps in the split screen mode. One of the apps contains texts that you will be copying and pasting into the other application.

Select text and simply drag it over to the other application screen. Voila!

Often times, you open chrome even before your phone could connect to the internet. It might sometimes get boring, waiting for the phone to pick signals from your WiFi router, authenticate and have the internet connection up and running. If you haven’t played before, there is this game on Chrome, called the T-Rex runner. It is similar to Temple Run and Subway Surfers but only more minimalist and basic.

The game can be activate by long pressing the dragon and can be played only when your page fails to load, needless to say – when Chrome cannot connect to the internet.

There are not many people left who still love the style and icons of the pre-built Gboard (Google keyboard). The relatively older style and lack of aesthetic luster made people to switch to third-party keyboards. Meanwhile, many still stick to Gboard as their primary keyboard because it comes packed with features no other application could think of.

Even the best email domain hosting provider would not provide you with the option to roll back mails so easily. This might be technically unachievable because the recipient may have his email hosted on some other server. However, there are still some quick ways to prevent unintended emails from unintended receivers.

Some email providers have made rolling back sent emails unique selling points in their hosting service. As interesting as it might sound, the scope is still largely limited to email solutions for small business. Further, the receiver may not have hosted his email from the same provider, so it is technologically impossible to legitimately delete data from server that does not belong to you.

You, however, are in control of your email until it leaves your carrier network.

In Gmail, you can do a lot of things, like cancelling reply all when you meant to reply to just one person.

Login to your gmail account. Now do to settings by clicking the top right gear icon. From the dropdown menu, select settings.

Now, under the general tab continue scrolling until you find ‘undo send’. Click and enable the undo send option, while also choosing the cancellation period from the box beside it. Cancellation period is basically the amount of time after which you can no longer undo send; so choose wisely.

Try sending a test mail to your alternate email address. Right after you send one, you will notice a floating yellow dialog, which would include a button to cancel what you just sent.

Free email server hosting might not provide you the level of control you would want as an entrepreneur. Luckily at Go4hosting, we have provisions for cpanel email setup with consumer-centric features. Our professionals can configure the best email server for business in no time.