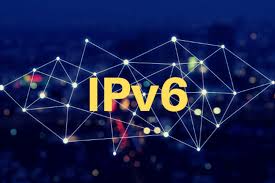 If you are stressed about IPv6 and don’t know how to prepare your website for it, you don’t have to bother about it. You probably aren’t aware that your website is safe because most computer systems come with pre-installed IPV6. All it takes is a simple activation process and you are done.

What Is IPv6 and Why You Must Know About It?

For the uninitiated, IPv6 or Internet Protocol version 6 is the next-generation protocol of the internet that is all set to replace the current IP Version 4. It is also referred to as IPng or next generation Internet Protocol. The upgraded version enables data communications over a packet switched network, which involves sending and receiving of data between two nodes in a network in a packet form.

Why Has IPv6 Become a Major Necessity?

The need to create additional blocks of addresses has been necessitated by the colossal growth in the use of devices such as mobile phones, notebook computers, and wireless handheld devices.

Compared to the older version of 32 bits, the IPv6 has an impressive 128 bits; that means it can accommodate the internet usage needs of the entire world many times. The size of this Internet Protocol is simply unimaginable in practical terms.

How Is IPv6 Different From IPv4

As we have seen, the IPv6 is far more advanced than IPv4. Even the formats used are different. While the earlier version used dots to separate the nodes in its address, the updated version makes use of colons. IPv4 used decimals while the IPv6 makes use of hexadecimals. This has been designed to save space as the hex can accommodate digits from 0 to 15.

With IPv6, you can enjoy hugely improved performance, as its larger capacity makes the job of the router easy. Also, it is engineered to deliver enhanced performance on mobile networks. It supports the Mobile IPv6 (MIPv6) protocol, which makes it possible for mobile devices to switch between networks. Roaming notification can be received notwithstanding the physical location of the mobile device. MIPv6 is one of the major characteristics of the protocol. This feature was specified as a mandatory requirement during the design of IPv6.

Coming to the all-important question, what does it mean for your website?

Depending on the efficiency and infrastructure of your web hosting partner, you can expect a greater flexibility, faster speeds and solid performance. You will be able to handle a host of complex tasks with amazing ease and lesser hassles.

If you are not yet ready to make the transition from IPv4 to IPv6, you may not experience severe performance issues, like site crashes; but there will be frequent glitches and there will also be many performance issues cropping up at fairly regular intervals. The changeover process will be gradual and every user will be given time to adjust to the new protocols. The official testing of the protocol can happen anytime now.

It will help you immensely to remain prepared mentally and technologically, to make this transition. If you are aware of the technology, its benefits and disadvantages, you can switch over to IPv6 smoothly in the coming year to have a secure business journey. Moreover, it is equitably important to do proper homework and planning in order to make IPv4 to Ipv6 transition successful.